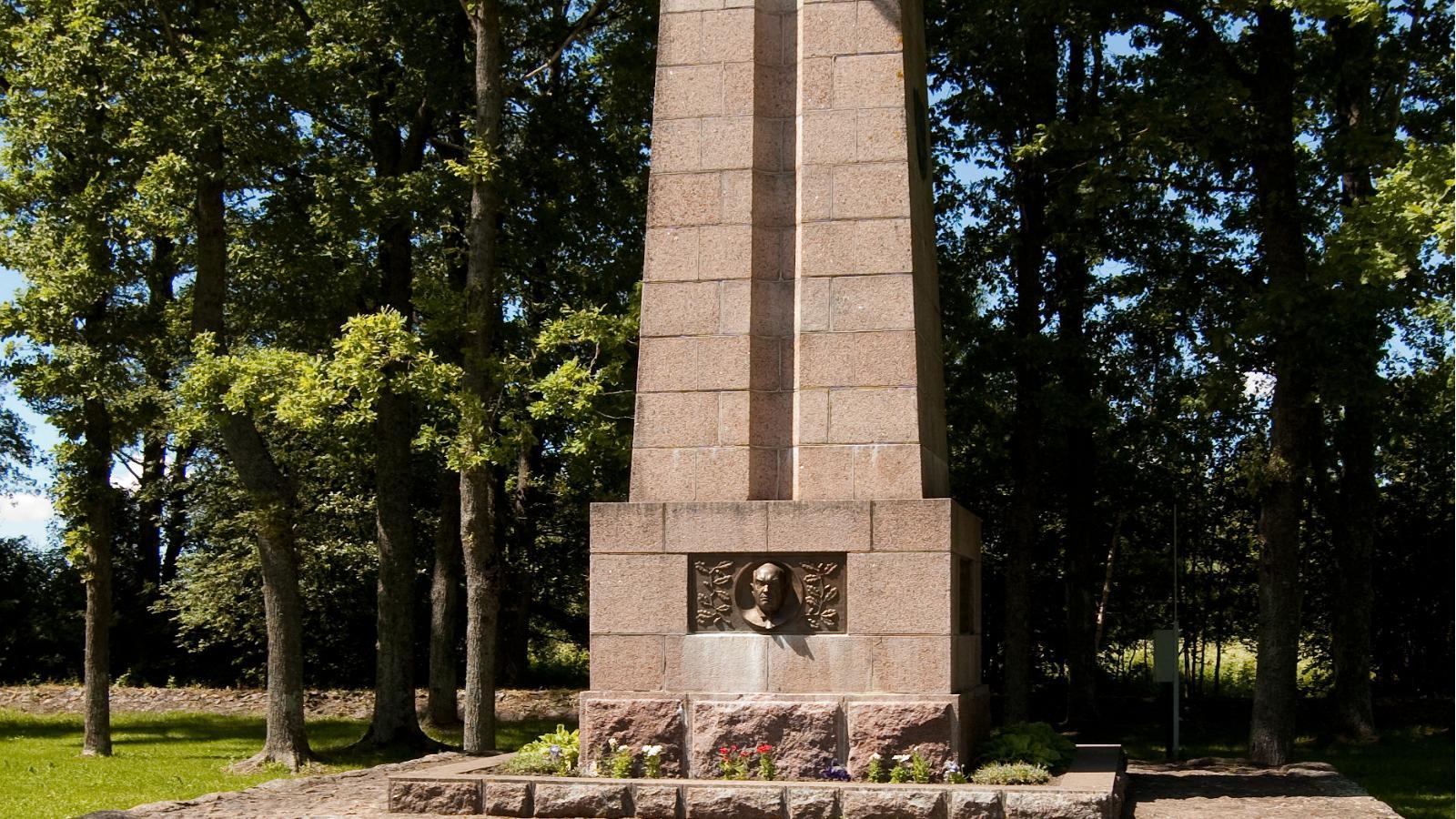 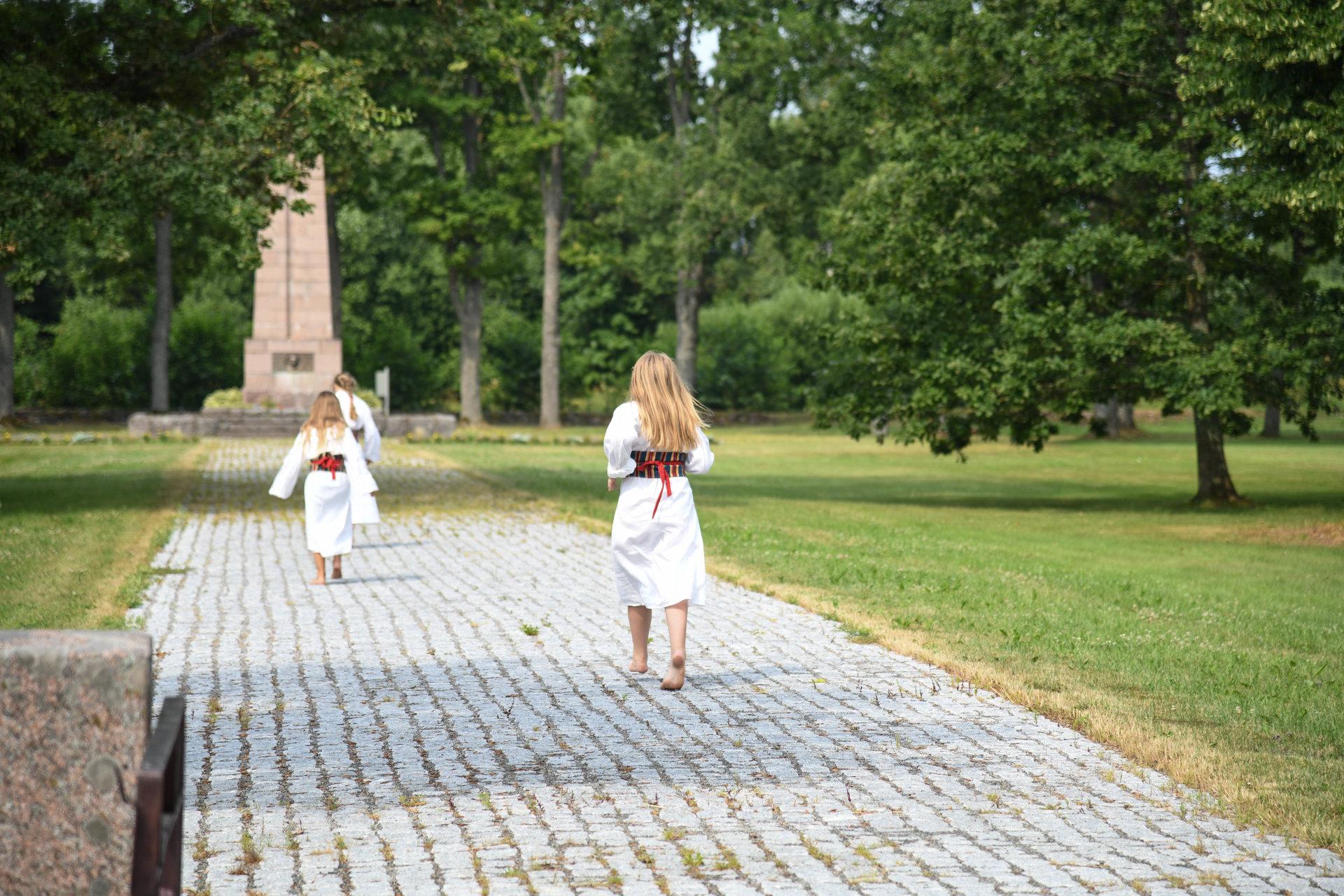 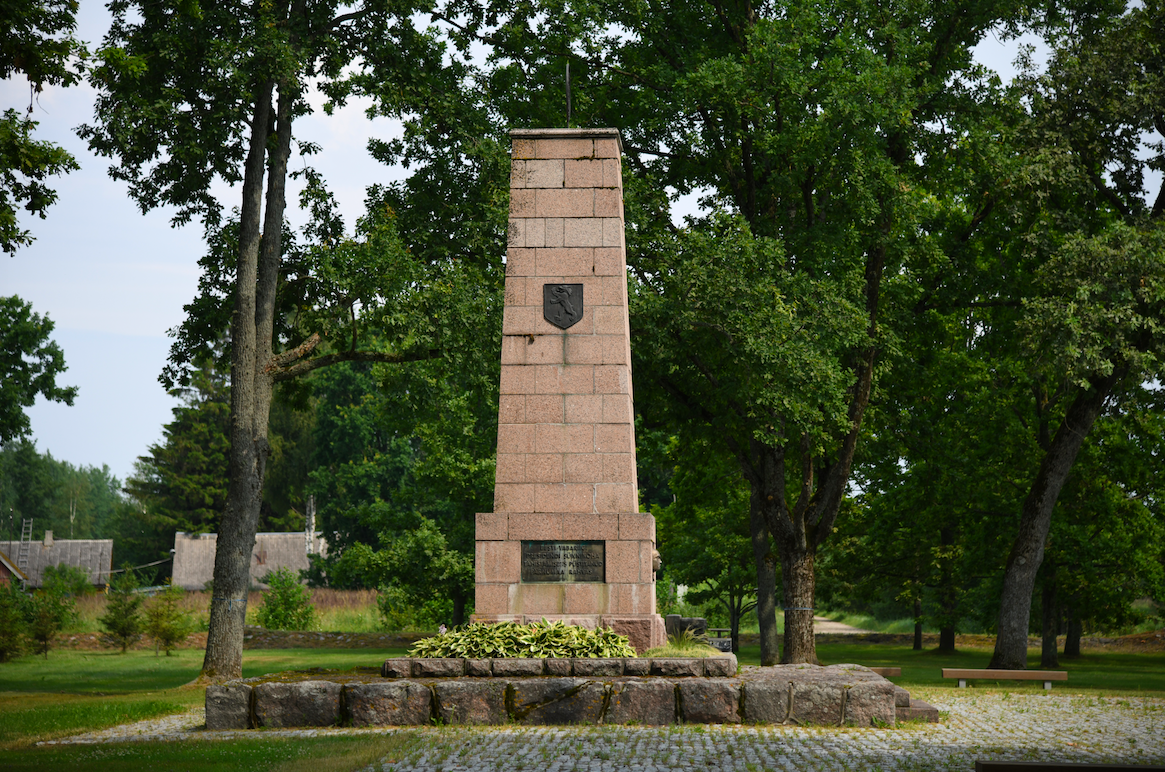 Monument and memorial park devoted to Konstantin Päts, the first president of Estonia

Konstantin Päts was the first president of the Republic of Estonia (1938–1940). He is considered to be the most remarkable politician of the pre-war Estonian Republic. He repeatedly led Estonian governments including during the most difficult time the state faced – the beginning of the War of Independence. He was born in Tahkuranna parish in 1874. Konstantin Päts opened his own monument here close to his birthplace. The park was designed by the city architect Olev Siinmaa. In 1940, the monument was destroyed; it was restored at the initiative of the Estonian Heritage Society. it was rededicated on the 50th anniversary of the opening of the first monument; the authors of the monument are A. Mänd and Mati Karmin.