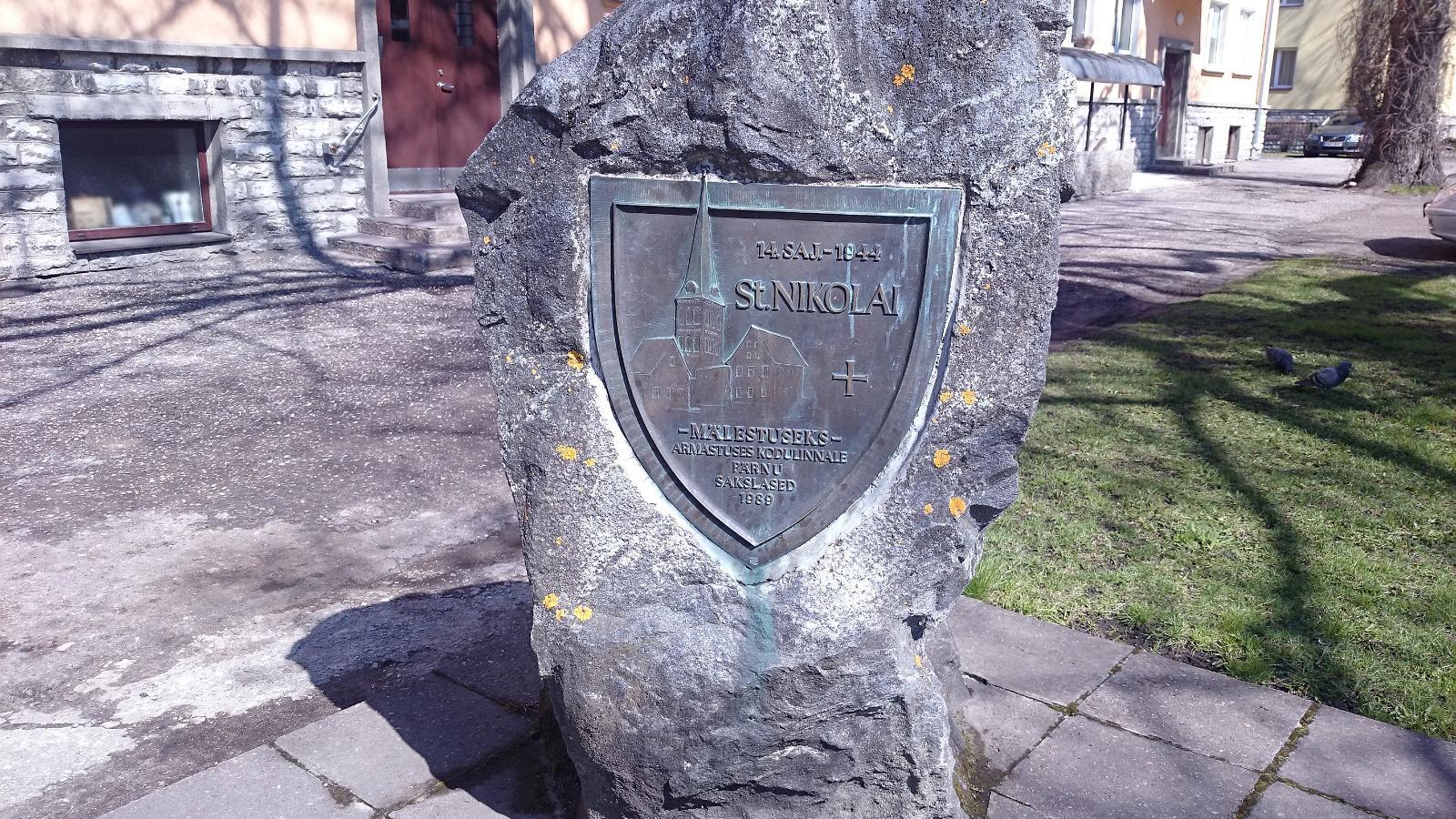 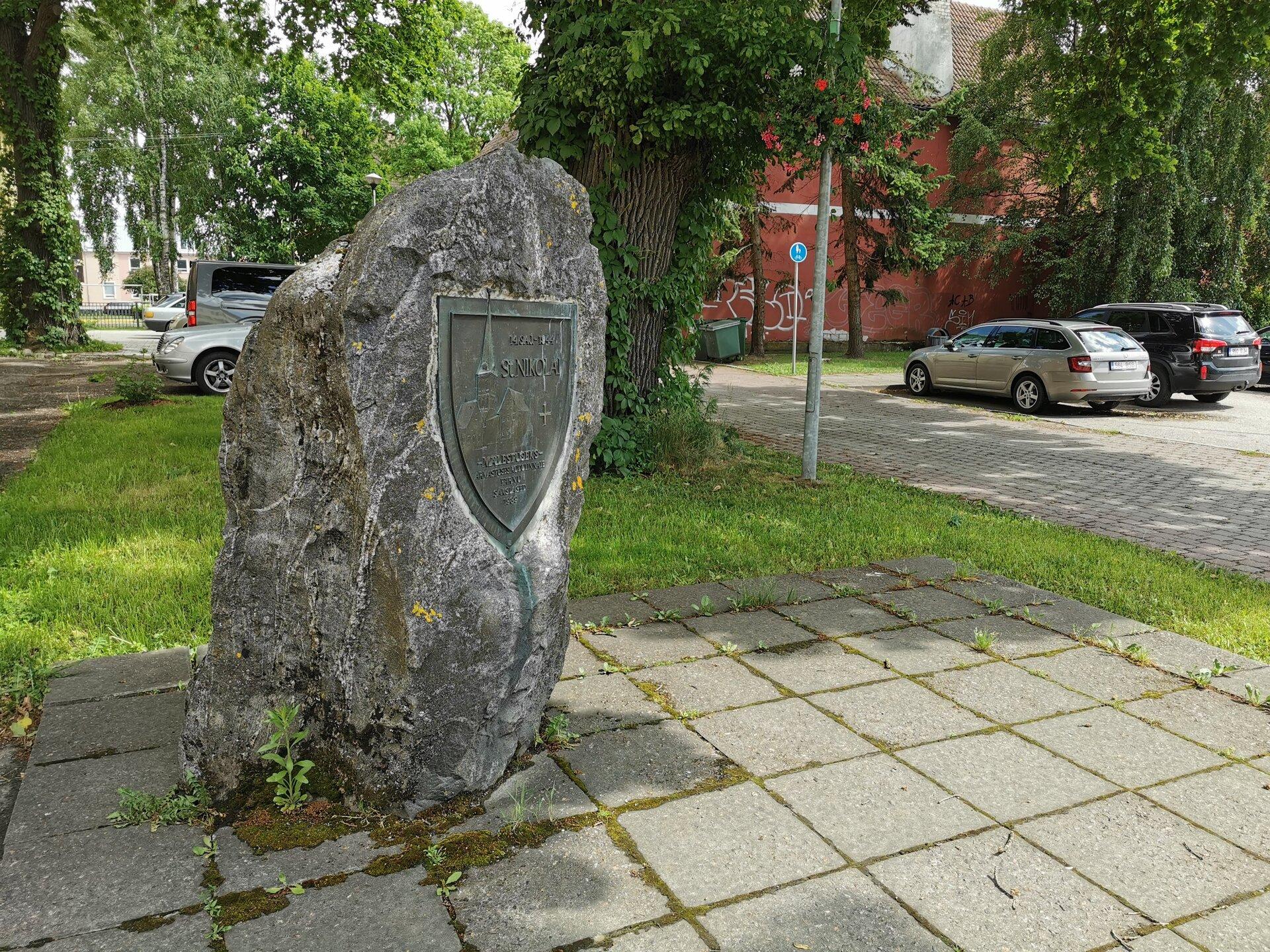 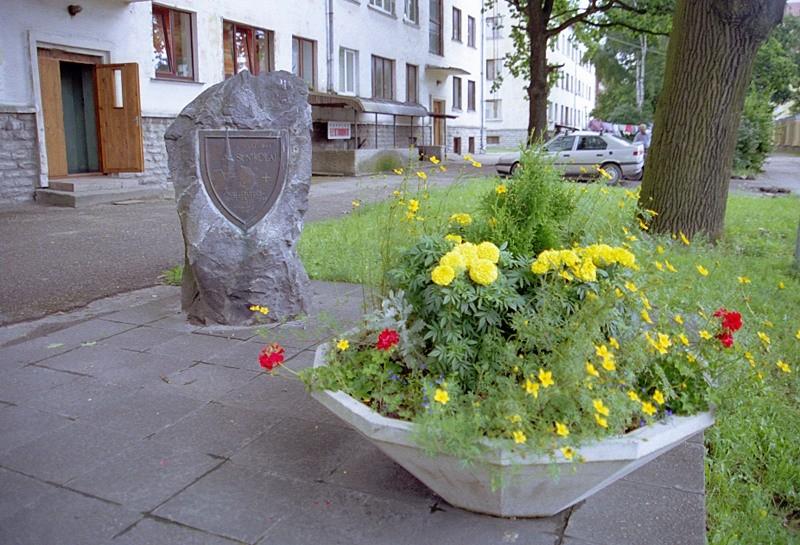 St. Nicholas Church, a medieval town church of the 13thC, was dedicated to Saint Nicholas, patron saint of the most important professions of that day: those of seafarers, merchants and fishermen. The black cross kept in the church chapel and attracting many pilgrims is depicted on the coat of arms of Pärnu. The church used to be the dominant landmark of the town's skyline. As a result of a bombing, the building was reduced to ruins in 1944 and in 1954 it was blown up in order to make way for the grand Lenin Avenue, today's Pikk Street. Baltic Germans who resettled in Germany in 1939 erected a memorial stone to mark the location of the church that once belonged to the German congregation

In the centre of Pärnu, at the corner of Pikk Street and Nikolai Street.