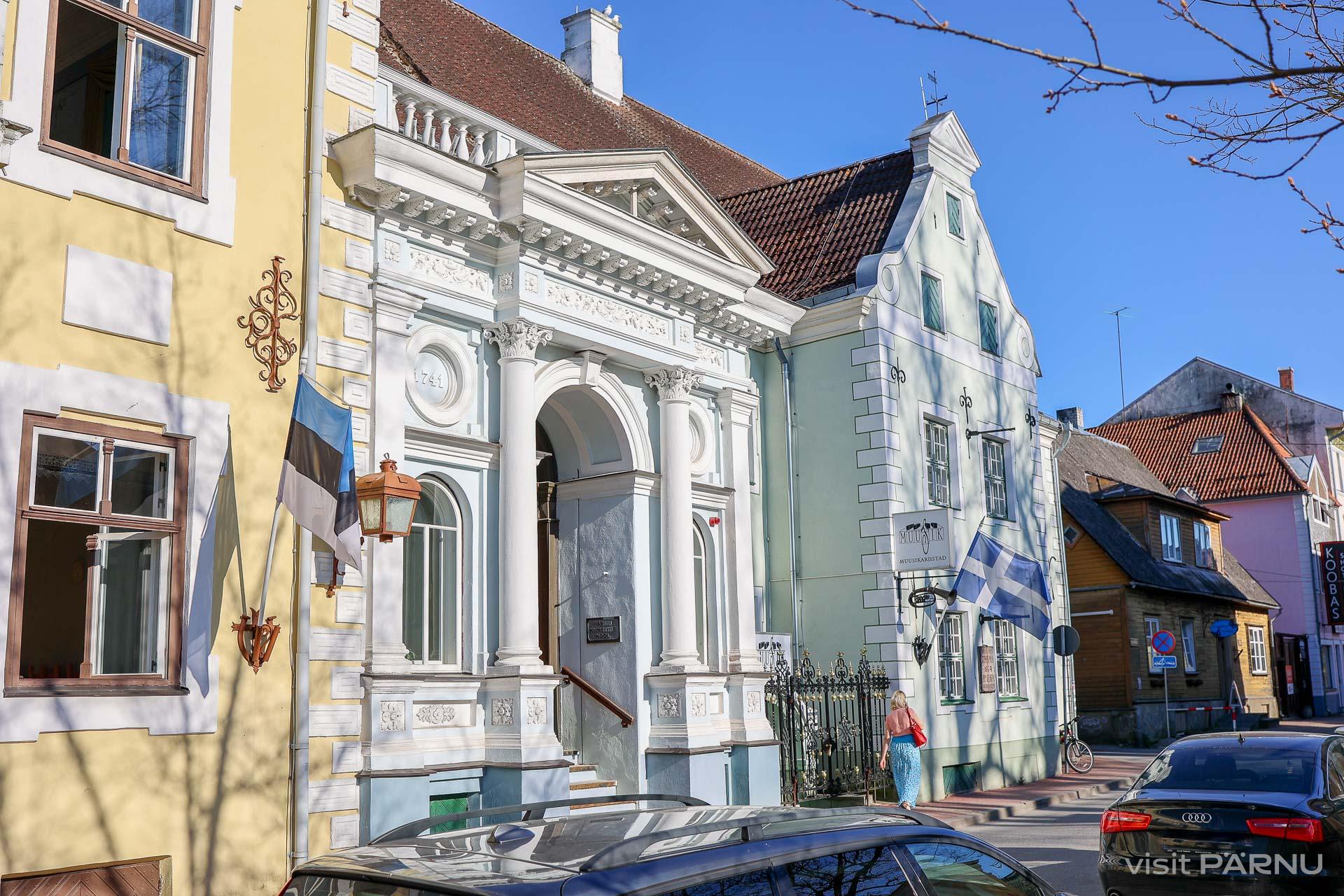 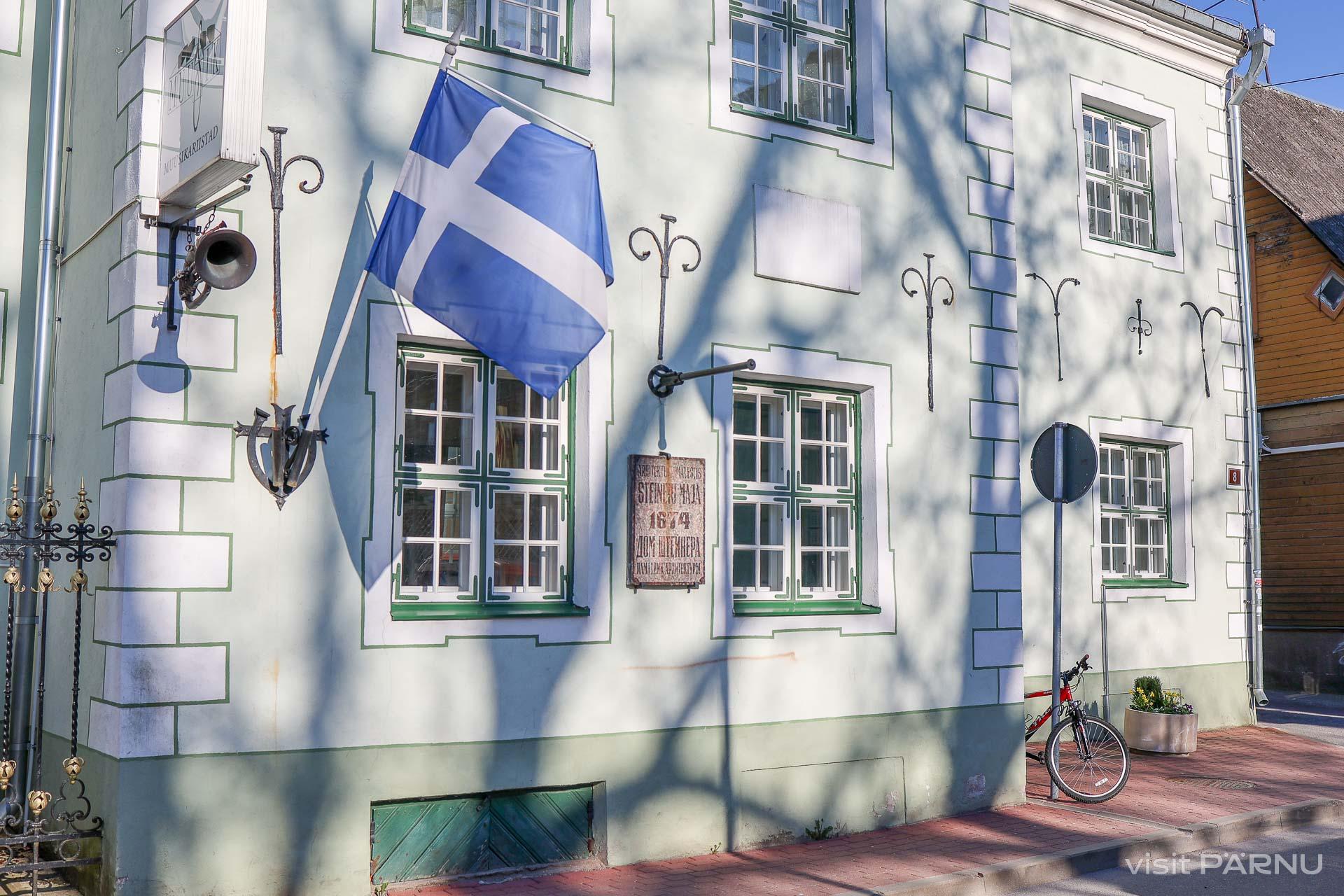 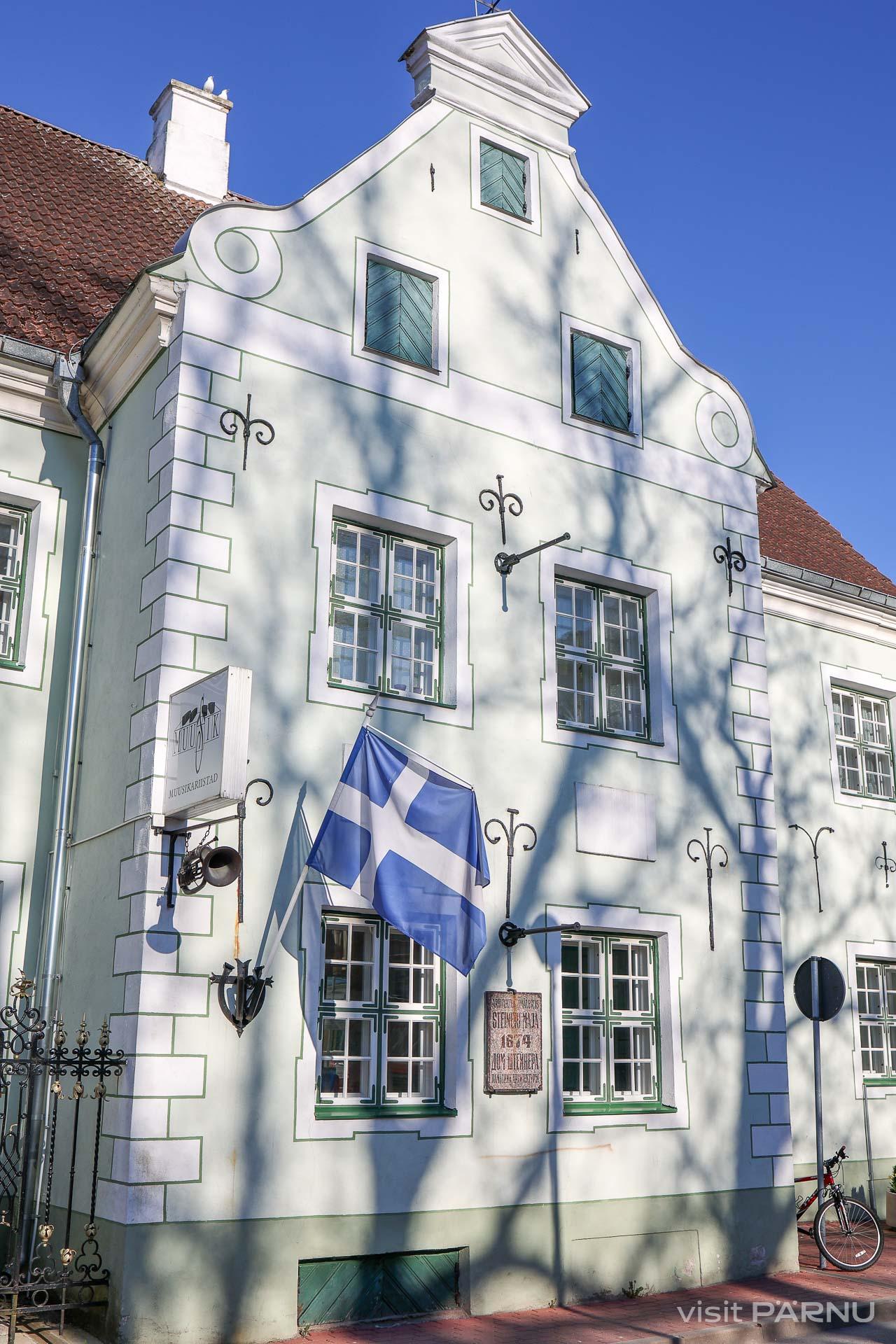 Heno and Steiner buildings in Pärnu

These two houses on Pühavaimu Street are one of the older and more colourful architectural and historical monuments of Pärnu. In the 1670s, the building for the apothecary Heno was built and in 1647, the building for the alderman Steiner was completed. The two houses were divided by a street until the early 18th century. A merchant called Hans Diedrich Schmidt joined the buildings into one. Over the years, the complex of buildings has changed many times, it was rebuilt, extended, and renovated. Towards the end of the 19th century, the two houses were joined with a columned intermediate structure. The House of Arts in Pärnu operates in the building at 8 Pühavaimu Street.