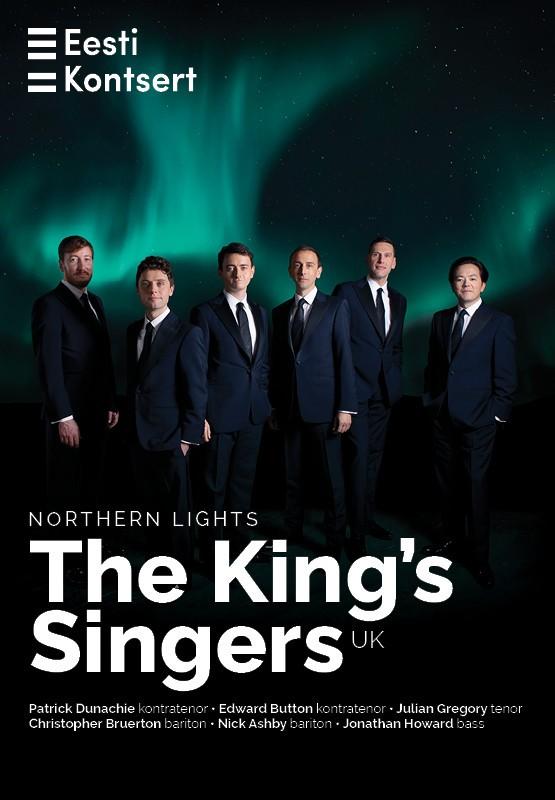 Thu, 12 January at 7 pm Estonia Concert Hall                                    Fri, 13 January  at 7 pm Vanemuine Concert Hall Sat, 14 January at 7 pm Pärnu Concert Hall The King´s Singers (UK) “Northern Lights”   The King´s Singers Patrick Dunachie (counter tenor) Edward Button (counter tenor) Julian Gregory (tenor) Christopher Bruerton (baritone) Nick Ashby (baritone) Jonathan Howard (bass)     Programme: Grieg, Kreek, Alfvén, Tormis, Gjeilo, The Real Group ao.   Throughout The King’s Singers’ history, the group has built a treasure trove of pop, jazz, folk and spiritual arrangements that span the globe and celebrate the amazing variety of music in our world today. In this programme, alongside some of our longstanding audience favourites, we’re also shining a light on magical folk songs from across Scandinavia and the rest of the Nordic countries.   The North is so much more than a direction. In mythology, it represents the furthest edges of our knowledge and imagination. But it also represents great beauty, with no better example than the Northern Lights — or Aurora Borealis. Visible from much of Scandinavia, Iceland and even Scotland, it is no coincidence that music written in the lands where it glows seems infused with its otherworldly magic. From ancient Norse and Celtic folksongs to majestic choral works by Grieg and Sibelius and Mäntyjärvi, brand new music written especially for us by Ola Gjeilo, and a tribute to one of the world’s great a cappella ensembles The Real Group, Northern Lights follows the compass to some of the most haunting and beautiful corners of the known world.   The King´s Singers