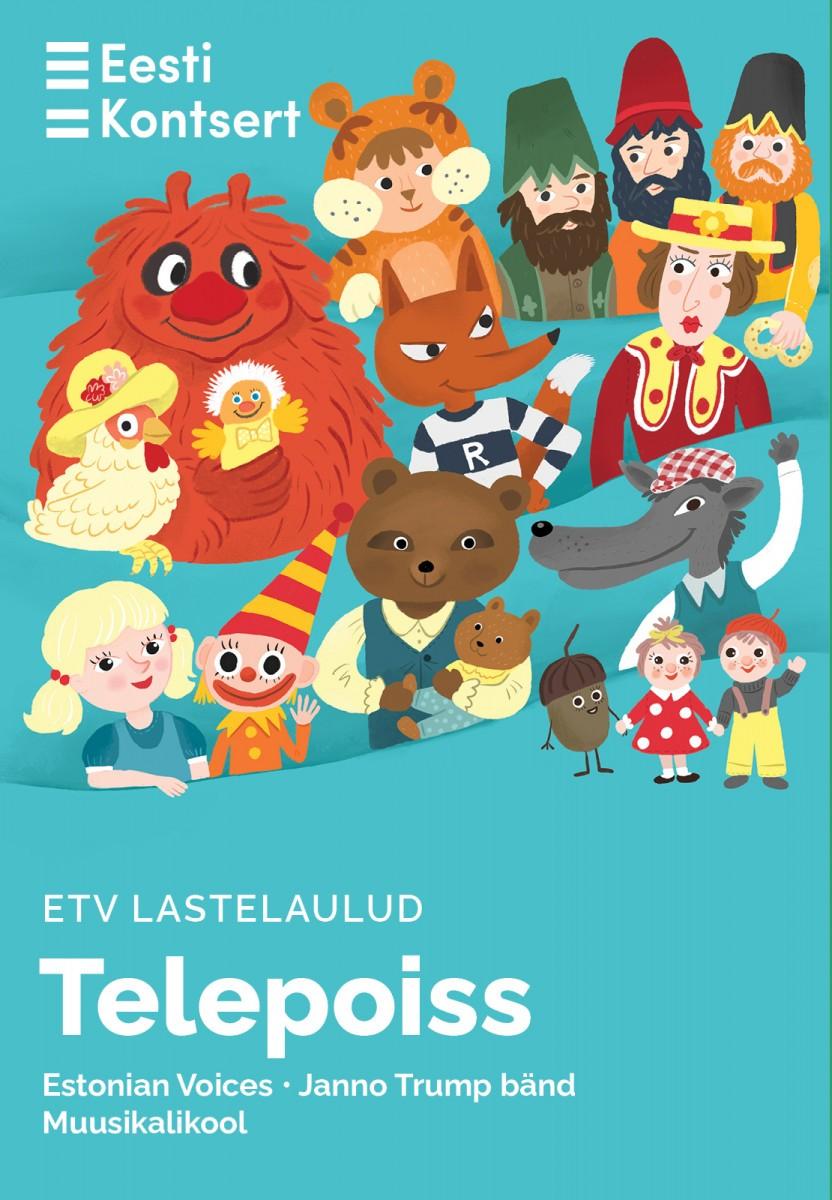 Sun, 12 February at 12 Estonia Concert Hall Tue, 14 February at 12 Vanemuine Concert Hall Wed, 15 February at 12 Pärnu Concert Hall Thu, 16 February at 12 Jõhvi Concert Hall ETV children’s songs   Estonian Voices Muusikalikool Janno Trump Ensemble    Director Reeda Toots Choreographer Märt Agu Based on a concept by Kelli Uustani Vocal coaches Kelli Uustani, Rasmus Erismaa, & Maria Väli   Children’s songs which have been performed on the Eesti Televisioon television channel over the past forty years have been given a fresh and exciting format. The mothers and fathers of today’s children and even some of the more youthful grandmothers and grandfathers grew up with these stories and songs. Children get to meet the childhood favourites of their parents, while their parents have the chance to reacquaint themselves with the same favourites, including Mõmmi, Vandersells, Leopold and Äpu, Kessu and Tripp, Tipp and Täpp, Vembu and Tembu, Hunt Kriimsilm, the robbers of the town of Kardemon, Aunt Sofi and many others.   The Estonian Voices vocal ensemble introduces all of its members as great soloists in their own right. The children and young people who attend the Muusikalikool reveal to the audience the wonderful world of the music of television plays. A band of four which is led by Janno Trump plays music for the characters which are involved in the concert staging.