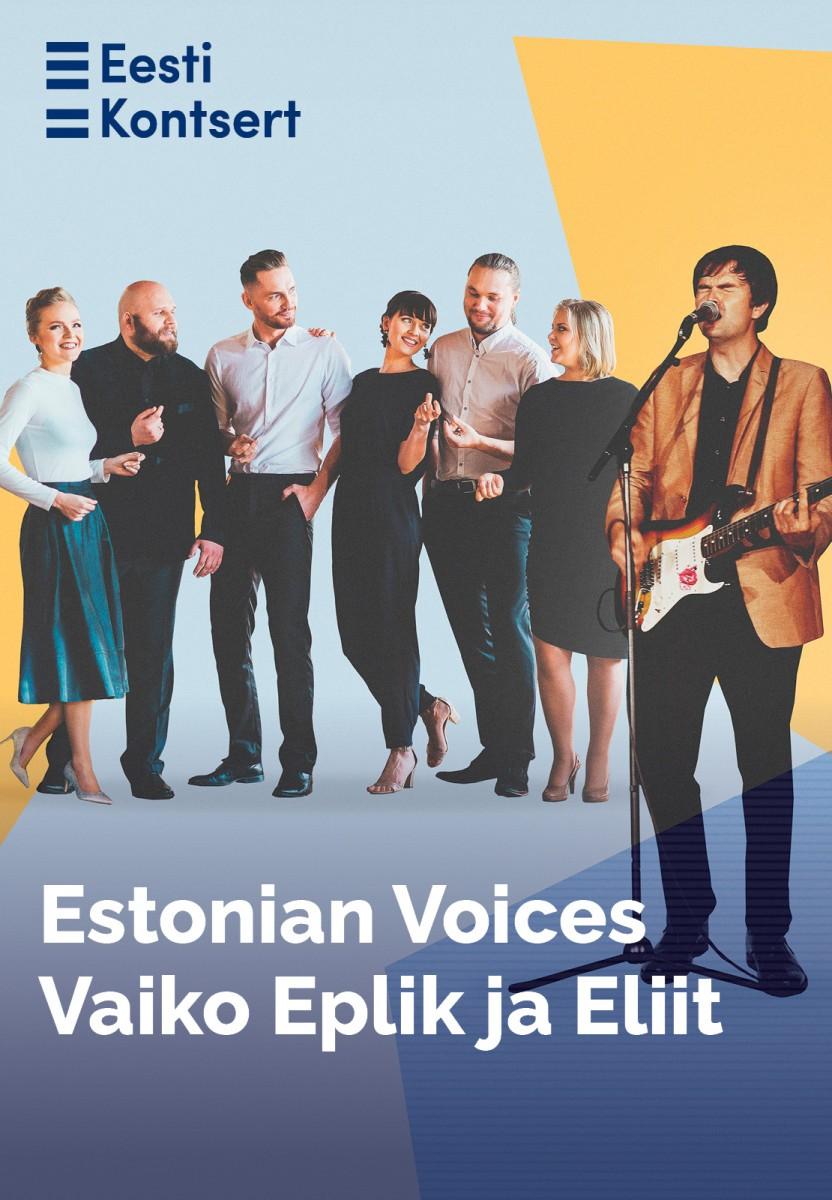 Thu, 9 March at 19 Vanemuine Concert Hall Fri, 10 March at 19 Pärnu Concert Hall Sat, 11 March at 19 Estonia Concert Hall Estonian Voices Vaiko Eplik and Eliit   Estonian Voices: Maria Väli, Mirjam Dede, Kadri Voorand, Mikk Dede, Rasmus Erismaa, Aare Külama Eliit: Vaiko Eplik (vocals, keyboard instruments) Sten Sheripov (guitar, synthesiser, vocals) Kostja Tsybulevski (bass, vocals) Kallervo Karu (drums)   A collaboration of Estonian Voices and Vaiko Eplik is a dream which both parties have held for years. We are used to polyphonic vocals being sung by Eplik himself forming an integral part of the soloists iconic hits. This role is now to be assumed by Estonian Voices with the best-known songs by Eplik and Eliit being given a vocal background which has never before been heard in what is guaranteed to be a lively live performance. Estonian Voices is also planning to play their own a cappella versions of Eplik’s songs.   Eplik is on the stage with all the members of Eliit and give an incredibly powerful concert together with the six superb Estonian Voices members.