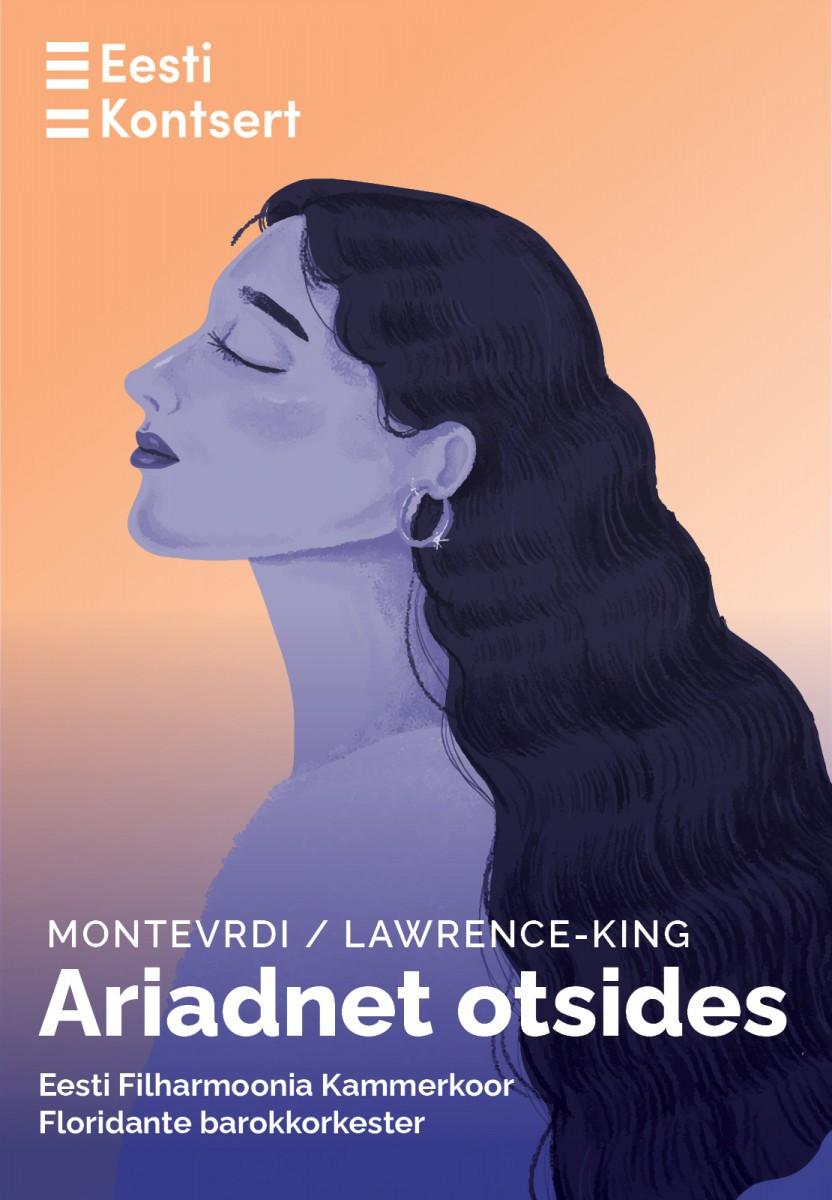 Thu, 16 March at 19 Pärnu Concert Hall Sat, 18 March at 19 Estonia Concert Hall In search for Arianna  Estonian Philharmonic Chamber Choir and soloists Choirmaster Lodewijk van der Ree Floridante baroque orchestra Artistic director and conductor Andrew Lawrence-King (Guernsey/Estonia)   Programme: A concert performance of “Arianna a la recherche”  by Rinuccini/Monteverdi/Lawrence-King.   Claudio Monteverdi, who worked for the courts of Mantova and Venice, wrote a total of ten operas. Only three of Monteverdi’s works have fully survived the almost-four hundred years journey from the border between Renaissance and Baroque, these being the operas “Orpheus”, “The Return of Ulysses to His Country”, and “The Coronation of Poppea”. The remaining seven have either been destroyed fully, discarded by the composer during his lifetime, or have only survived in fragments.   The last group includes the opera “L’Arianna”, of which only the famous fragment “Lamento d’Arianna” has survived. The fact that some dialogues and the opera’s original libretto have also survived is less well-known. The opera “L’Arianna”, which is based on the story of a mythological princess of Crete and the brave hero Theseus, was composed as commissioned piece. It was premiered at the wedding of Francesco Gonza, son of the duke of Mantova, and Margaret, the Habsburg princess of Savoy on 28 May 1608.   In 2017, the opera was restored by one of the world’s most widely-acknowledged early music experts, the conductor and harp player Andrew Lawrence-King. As an interpreter and researcher with an in-depth area of knowledge regarding the style of Monteverdi, Lawrence-King also used other historical materials to restore the opera, in addition to the libretto by Rinuccini (such as handwritten copies of the few remaining fragments of the dialogue and letters which were written by the composer).   While “Ariaanna’s Lament” is simply a narrow window onto Monteverdi’s lost musical works, “Arianna a la recherche” by Rinuccini, Monteverdi, and Lawrence-King opens up to an audience for the very first time a world behind that narrow window in all its beautiful colours and within the historical context of the opera.